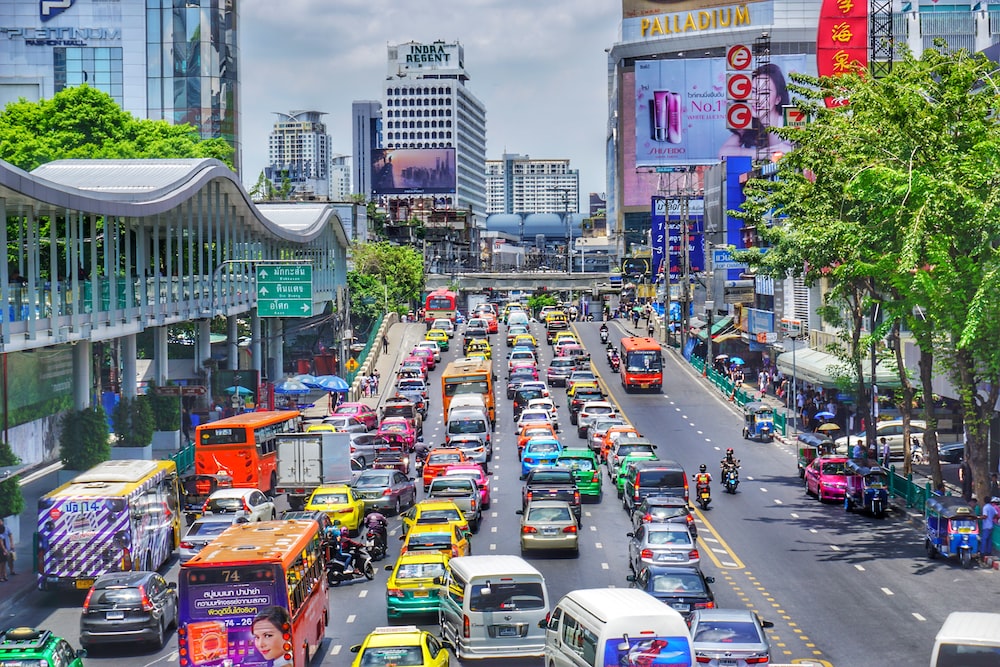 There are many expenses that many people need to pay such as the accommodation cost, rental cost, utilities cost, credit card bills, transportation cost, gasoline prices, tax, and miscellaneous expenses. Bangkok, Phuket, Pathumthani, and Nonthaburi are now the four provinces with monthly costs over 30,000 baht since the public transportation cost and food cost are high. For example, the maximum price of the BTS is around 59 Baht, which means that if you travel round trip, you may have to pay approximately 118 Baht, which is quite expensive.

In comparison to Meahongson, Buriram, Narathiwas, Pattalung, Loei, Pattani, Kalasin, Yala, and other urban countries. These provinces have monthly costs ranging from 15,000 to 19,999 Baht. It is sometimes less than 14,000 Baht each month. It is in the upcountry that the cost of living is low when compared to other provinces in urban areas. I would example why upcountry provinces has lower cost of living as follows:

People in metropolitan areas live their lives in such a way that they primarily eat at restaurants in department stores, which are quite costly. The average lunch costs between 2,000 and 2,500 Baht. On the other hand, cooked-to-order meals start at 60-70 Baht. Unfortunately, the restaurant’s pricing has changed more than usual due to high meat prices. In contrast, the cost of food in the upcountry is lower because people cook for themselves and save money by farming, cultivating crops, raising animals, and consuming in their families rather than dining at department stores since technology is still developing.

Urban transportation prices are high, allowing consumers to spend more money, such as BTS, MRT, Taxi, and other public transit expenditures. However, the price of oil is rising by the day, with the highest price being 47.86 Baht per liter. Some automobiles may need more than 4,000 Baht to refuel. However, people in the countryside may spend less money on transportation since they walk or ride their bikes instead of driving a car.

These are the comparison of the cost of living between the urban and rural areas that make you understand clearly regarding the way of life. However, although you select to live in urban or upcountry in Thailand, I highly recommend you to purchase expat health insurance in Thailand, particularly of Rabbit Care since if you are faced with the accident causing you bodily injury, sickness, disability, or death in worse case, the medical expenses both IPD, and OPD would be paid for you. If you are interested, find more information via Rabbit Care website!